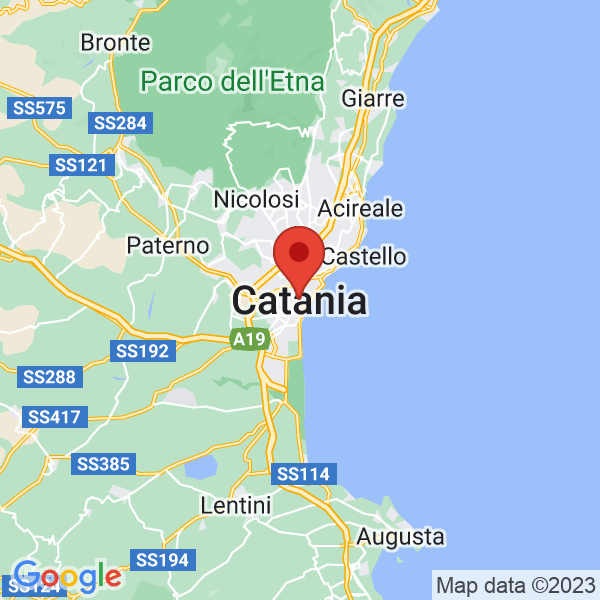 Flaunting a youthful vibe combined with a historic allure, this port city is the star of Sicily’s east coast. With a striking volcano crowning the city’s horizon, and Catanese baroque architecture making up the landscape, picturesque is simply an understatement. With Evo, you can start your grand Italian getaway luxuriously — with a private jet to Catania.

Surround yourself with lava rock and limestone in the middle of Piazza del Duomo, a UNESCO World Heritage Site. Numerous iconic buildings of Catania can be spotted here as it is the central hub for the city’s most beloved attractions. Catch a glimpse of Fontana dell Elefante, the Fountain of Youth of Catania. The comical smiling elephant is a treasure and symbol to the city dating back decades to Roman times.

No trip to Catania is complete without basking in the beauty of Cattedrale di Sant’Agata, the jewel of Piazza del Duomo. The outer facade is built with a gray and white stone, adorned with ornate marble statues of spiritual figures, and topped with a massive domed basilica. Once a residence to the renowned composer, Vincenzo Bellini, the interior is just as elaborately designed as the exterior.

Thrill-seekers can put their craving for adrenaline to the test and brave the near-eleven thousand foot volcano of Italy, Mt. Etna. Considered to be the tallest in Europe, there are several ways to reach the zenith of this active mountain of lava. Not only does the summit offer a breathtaking view of Sicily, but the cavernous caldera is truly a sight not to be missed.

For those looking for a beautiful view of the city sans the fear of an active volcano, charter a private jet to Catania and explore the Benedictine Monastery. Another UNESCO World Heritage Site, it is one of the largest of its kind in all of Europe. Climb to the top of its dome basilica and get a panoramic view of Catania or admire the architectural masterpiece of its exterior facade.

While the city center is a metropolis of notable buildings and landmarks, this coastal town is perfect for those looking for a relaxing getaway along the Mediterranean Sea. San Giovanni Li Cuti is a natural phenomenon consisting of volcanic rocks and black sand contrasting the azure sea. The Lido Azzuro is a famous stretch of warm sand and warmer waters, ideal for sinking your toes into the earth and sipping on a cocktail under the sultry sun.

Italy is best visited in style, starting with a private jet to Catania. Our access to a global network of private aircraft makes travel luxurious, convenient, and safe. Contact Evo today at (877) 970-5387, or use our private jet cost estimator to get estimates for your next charter flight to Catania, Italy.

Cost to charter a private jet to Catania, Italy

The cost to charter a private jet can range widely, and is based mostly on flight time and the type of aircraft. A charter flight from London to Catania, Italy will cost $18,000 or more in a Light Jet, for example.

Here are some target prices for private jet charter flights to/from Catania, Italy that we aim to offer our clients: