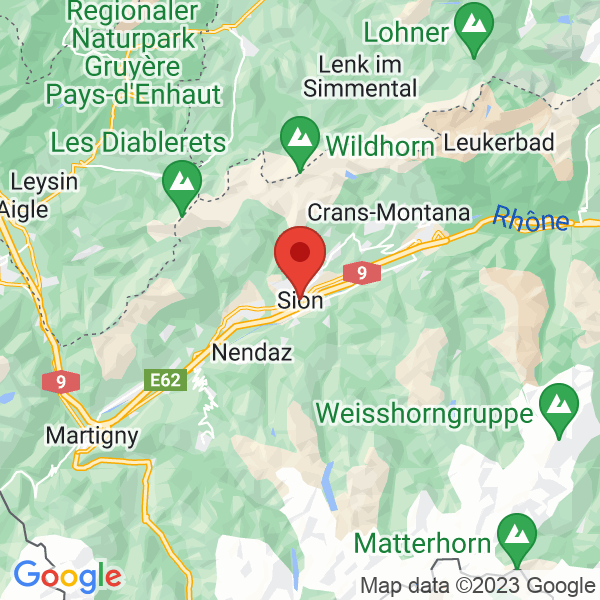 Famously considered the most sunkissed city of Switzerland, Sion is the ideal destination for any traveler hoping to be whisked away from the chaos of everyday life. Boasting a 7,000-year-old history, the city is notably defined by its towering castles and breathtaking views, creating an unparalleled old-world charm. Charter a private jet to Sion and experience the melding of past and present in Switzerland’s oldest cities.

Straight from the pages of a fairy tale, the Chateau de Chillon rests magnificently on the eastern end of Lake Geneva, Switzerland’s largest lake. First made famous by poetic works in the 13th century, this cherished castle ranks among the world’s most popular historic monuments. Transport yourself to the mystique of the city’s medieval past with a private tour of the castle’s gardens, towers, dungeons, and fully decorated grand halls.

The Swiss Canton, Valais, with well-preserved mansions and centuries-old architecture, is a site that is quintessentially medieval. Contributing to its grandeur, Valais exudes a fairytale spell that is precisely its own. Serenely situated at the crown of the luscious Rhone valley, the fortress is an enchanting ruin that continues to exude its centuries-old allure.

Le Cube is a wine maker’s and lovers’ nirvana. The site has been charmingly transformed into a wine tasting destination, offering vintages from the works of Phillipe Varone. With its contemporary décor which contrasts the traditional antiquity of the city, the winery undoubtedly embodies the fine tastes of its owner. Besides wine tasting, the site offers a plethora of other activities to enjoy, such as private tours, interactive winemaking, and sightseeing.

Charter a private jet to Sion and teleport a few centuries ago with a visit to Gruyeres Castle. Nestled in the rolling, lush hills of Switzerland’s majestic mountains, the castle is another highlight of Switzerland’s rich history. Converted into a museum in 1938, the castle houses a large collection of pieces from the period, enabling tourists to explore the artistic and cultural heritage of the region for eight centuries.

Even the harshest critics should be prepared to be blown away at chef Bernard Ricou’s Relais du Mont d’Orge Michelin starred restaurant. Treating guests to a quaint brasserie with a luxuriously enduring ambiance, plates are prepared with an exceptional brilliance worth a trip across the world.

Charter a private flight to Sion, Switzerland, and experience the timeless glory of the country’s captivating history. From picturesque views of Switzerland’s beguiling natural and cultural scene to its exquisite dining scene, Sion welcomes travelers to the whimsical lure of one of Europe’s best-kept secrets.

Cost to charter a private jet to Sion, Switzerland

The cost to charter a private jet can range widely, and is based mostly on flight time and the type of aircraft. A charter flight from London to Sion, Switzerland will cost $9,000 or more in a Executive Turboprop, for example.

Here are some target prices for private jet charter flights to/from Sion, Switzerland that we aim to offer our clients: