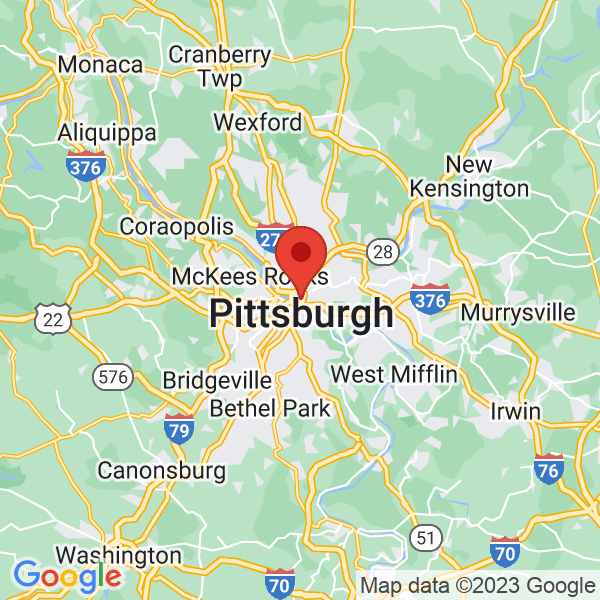 For a while, Pittsburgh was known primarily for its role in the steel industry. Today, it’s become the destination for baseball and football lovers, foodies, and museum appreciators to unite. Some call this place the City of Bridges, others know it as the ‘Burgh, either way, a private jet to Pittsburgh, Pennsylvania is perfect for any adventurer in need of an all-American getaway.

A classic baseball game at PNC Park is the perfect way to spend the afternoon in Pittsburgh. Home to the MLB Pittsburgh Pirates, the city’s skyline, pre-game street parties, and pierogies are only part of this ultimate ballgame package.

If baseball isn’t your scene, the city is also the home base to the Pittsburgh Steelers and their Heinz Stadium. Beautifully located waterfront, you can rent out a luxury suite for a private viewing party or paint your face yellow and join the chanting crowd in unison “Here We Go, Steelers.” Whether you’re an NFL or MLB fan, grab your team’s jersey and charter your next private jet to Pittsburgh with Evo.

View chasers look no further. The city is home to numerous vantage points that serve up some of the state’s most picturesque views. The Duquesne Incline is one of two uphill trolleys that transports you along the edge of Mount Washington. Get a stunning glimpse of the city’s three rivers colliding along with the Pittsburgh bright skyline lighting up the dark sky.

Museum aficionados can charter a private flight to Pittsburgh and explore the variety of the city’s most notable institutions. The Andy Warhol Museum is the country’s largest single-artist gallery, home to seven floors worth of installations, exhibits, sculptures, and paintings.

The Carnegie Museum of Art is another collection of dynamic and contemporary art, ranging from sculptures and paintings to film and video. Ranked as one of the top five history museums in the nation is the Carnegie Museum of Natural History. Home to thousands of pieces dedicated to showcasing the natural world and its human inhabitants, it’ll leave you absolutely amazed.

For those looking for a breath of crisp air and a midday stroll, The Three Rivers Heritage Trail is the place to be. This 24-mile long network of trails is waterfront and perfect for runners, bikers, and rollerbladers to work in a session of cardio with a beautiful view.

With a massive network of world-class aircraft and FBOs at our fingertips, private travel has never been easier. Contact us today for a quote on your next private jet to Pittsburgh, Pennsylvania.

Cost to charter a private jet to Pittsburgh, PA

The cost to charter a private jet can range widely, and is based mostly on flight time and the type of aircraft. A charter flight from New York to Pittsburgh, PA will cost $5,500 or more in a Executive Turboprop, for example.

Here are some target prices for private jet charter flights to/from Pittsburgh, PA that we aim to offer our clients: