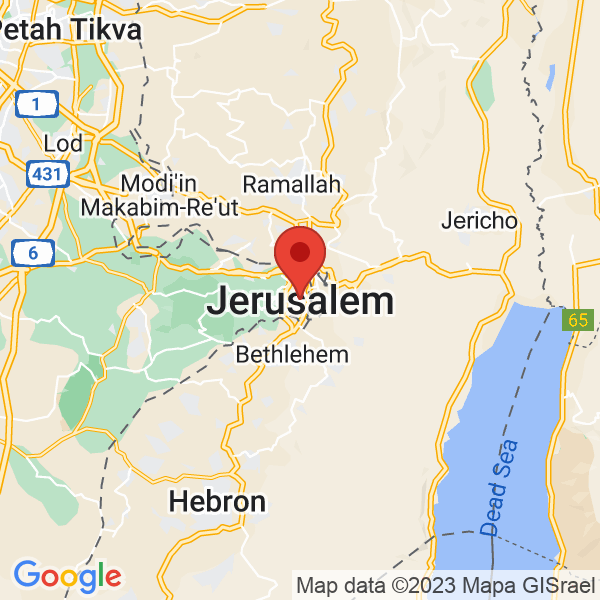 Hailed as one of the oldest and holiest corners of the world, there is simply much to be seen and treasured in this sought-after city. While it’s crowned for uniting the three monotheistic religions on common soil, this destination also attracts those looking for an alternative and off-the-grid Middle Eastern experience. Whether you’re searching for a spiritual epiphany or a walk through century-old ancient ruins, charter your private jet to Jerusalem with evoJets.

Strolling the streets of the Holy Land, your senses will be electrified by the welcoming locals and their hospitality. The air is filled with the sound of Islamic calls to prayer, church bells, as well as the intriguing scent of spices and coffee from the center souqs. Though Jerusalem has long been one of the world’s most contested regions across centuries, it radiates an aura of peace—or as locals would say, salaam or shalom.

In the southeast corner of the Old City is one of the world’s most photographed monuments. Its golden dome pierces the skyline, symbolizing a place for silent awe and ethereal conviction. The Dome of the Rock is Temple Mount’s iconic gemstone and is a sacred space for Muslims around the world. Clad in marble and breathtaking mosaics of cyan and cerulean, the site is a sight not to be missed no matter your religious affiliation.

Book a private jet to Jerusalem and revel in the divine atmosphere surrounding The Church of the Holy Sepulchre, one of Christianity’s most revered sites. Believed to be erected over the biblical Calvary, the chapel is constantly buzzing with pilgrims making their way through the Stations of the Cross.

Located on the outer portion of Temple Mount is Judaism’s most sacred prayer site, The Western Wall. Perched across from an open-air synagogue, you’ll find masses of Jews concentrating in supplication and pausing to appreciate the significance that Kotel holds. No matter your faith, the historic influence that the Old City holds is truly insurmountable.

Though the city is known for its spiritual and historic influence, one should not jet to Jerusalem without indulging in the delicious Middle Eastern cuisine. Not far from the Old City is Nablus, the founding town of a cheesy and delectable Middle Eastern delicacy, knafa. Devour a falafel sandwich wrapped in freshly baked pita bread or savor the taste of the locally squeezed extra virgin olive oil.

No matter your faith or heritage, this city will leave all who walk its path in absolute awe. As a leader in international private jet charter, book your next private flight to Jerusalem with evoJets.

Cost to charter a private jet to Jerusalem

The cost to charter a private jet can range widely, and is based mostly on flight time and the type of aircraft. A charter flight from Paris to Jerusalem will cost $28,000 or more in a Midsize Jet, for example.

Here are some target prices for private jet charter flights to/from Jerusalem that we aim to offer our clients:

Arts, Culture, and Sights of Jerusalem