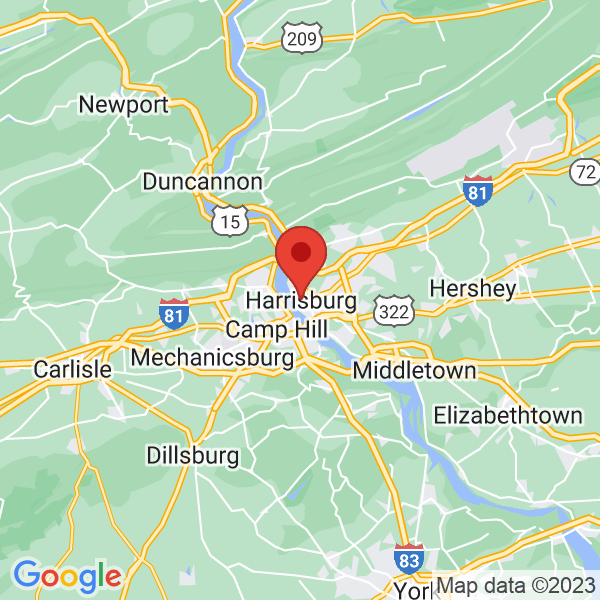 The capital city of Pennsylvania sits comfortably alongside the Susquehanna River, aging finely as one of the most influential and involved cities in the history of the United States. Harrisburg, Pennsylvania has come a long way, and the city is hailed as a vibrant collection of the arts, environment, and cultural significance. Charter a private jet to Harrisburg, PA and spend your time cruising down the Susquehanna River, or at the nation’s largest agricultural exposition—no matter what you choose, you are bound to make unforgettable memories.

For history buffs of all sorts, the National Civil War Museum in Harrisburg offers a fun and interactive examination of the Civil War from a solely educational lens. Make your way through exhibits highlighting the full timeline of America’s past.

Charter a private jet to Harrisburg for the riverside entertainment and rich culture that can be spotted on every block of the city’s center. Downtown Harrisburg is a very connected and intertwined area, filled with restaurants and cafes that make walking through town very enjoyable, and quite easy. City Island is a stretch of land in the center of the river that can be walked to from downtown, to enjoy live concerts, baseball games, or public events.

While in downtown, it is worthwhile to make your way to the Pennsylvania State Capitol building for its Italian Renaissance-inspired architecture that President Teddy Roosevelt regarded as “the handsomest.” The domed building can be seen on the horizon of the city from almost anywhere in Harrisburg, becoming more breathtaking with every step closer. The painted floors and murals match the excellent workmanship of the gold plated interior and tall illuminated ceilings. Book your private jet to Harrisburg, Pennsylvania for an inside look at the stunning location where the magic of the city happens.

Every January in Harrisburg is set aside for the annual Pennsylvania Farm Show that has earned the title of largest indoor agricultural exposition in the United States. Large buildings are connected and tunneled together for an all-day event of walking, eating, drinking, and maybe horseback riding for the more adventurous.

Whether you’re looking to enlighten yourself about the country’s past or wanting to explore the nation’s largest agricultural show, charter your private jet to Harrisburg with evoJets. As the leader of jet charter travel across all North American destinations, leave the hassle of flying private to us.

Cost to charter a private jet to Harrisburg, PA

The cost to charter a private jet can range widely, and is based mostly on flight time and the type of aircraft. A charter flight from New York to Harrisburg, PA will cost $5,500 or more in a Light Jet, for example.

Here are some target prices for private jet charter flights to/from Harrisburg, PA that we aim to offer our clients: